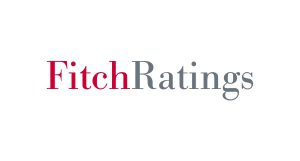 For Fitch, the risks facing this Regional Bank are likely to remain low due to AIIB’s conservative policies and the Bank managers’ expertise.

According to the agency, AIIB has sufficient capitalization to operate safely.

However, the evaluators note that AIIB will finance projects in high-risk states (notably in Central Asia), but point out that the Bank’s major shareholder states, namely China, India, Russia And Germany enjoy an excellent reputation.

With its triple A, AIIB has succeeded in becoming one of the major financial institutions in Asia with the World Bank and the Asian Development Bank. It benefits from the confidence of the rating agencies.

The AIIB is one of the financing instruments of the Belt and Road initiative. The bank’s good reputation must act as an accelerator of the OBOR.

The presence of AIIB in projects associated with the Belt and Road will encourage other public and private financial institutions to participate in the OBOR.