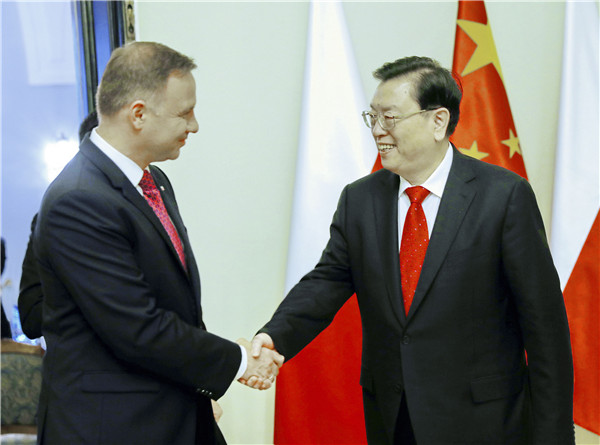 Zhang Dejiang, Chairman of the Standing Committee of the National People’s Congress of China, paid an official visit to Poland from 12 to 16 July 2017, he met with Polish President Andrzej Duda and Prime Minister Beata Szydlo. Both parties called for the consolidation of relations between China and Poland and encouraged cooperation between the parliaments of both countries.

Sino-Polish relations are being strengthened. In 2016, several Chinese companies invested in Poland, including Huawei, which opened a research center. However, these investments remain limited, China is not among the ten largest investors in Poland. But unlike other European countries, Warsaw wants to encourage Chinese investment.

While France, Germany and Italy would like to better control foreign investments, especially from China, in European strategic industries, Eastern and Central European countries, and in particularly Poland, are more open to these investments.

For China, Poland has many assets. The country has a skilled and relatively cheap labor force. Furthermore, Poland is one of the EU members which has experienced the strongest growth for the last ten years. For McKinsey consultancy, Poland could become one of the main engines of the European Union by 2025.

Poland and China are stepping up their relations notably through the 16 + 1 framework, which brings together sixteen Central and Eastern European states and China. The Belt and Road initiative is another tool to deepen their exchanges.

Railway lines already link Poland to China and by 2018 fifty trains per week should link Chengdu, Sichuan to Lodz near Warsaw. For Poland, on the eastern border of the European Union, the development of these rail links would make it the main hub between Europe and China.