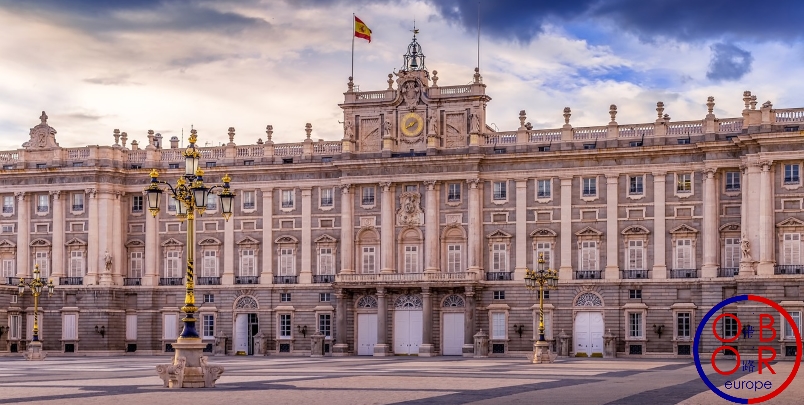 Before heading to Buenos Aires for the G20 summit, the Chinese president made a stopover in Madrid for a three-day visit (27-29 November 2018). Xi Jinping met with the royal couple and Spanish Prime Minister Pedro Sanchez.

The Chinese president received from Manuela Carmena, the Mayor of Madrid, the golden key of the capital, a distinction offered to the most prestigious foreign heads of state. Xi Jinping had already had the opportunity to visit Madrid twenty years ago, he was then impressed by the city’s rich heritage.

President Xi Jinping will come back to the Iberian Peninsula in Portugal on his return from the G20 summit.

Spain and the future Sino-European cooperation on the BRI

China is now Spain’s main economic partner outside the European Union, but Madrid suffers from a large trade deficit with China (a nearly 20 billion-euro-deficit). The Spanish government hopes that this visit could help increase its exports to China. Nearly 18 agreements were concluded during this official visit. One of them regards Spanish ham exports to China. The two countries have been negotiating on pork product exports since 2016.

Madrid, however, has not signed an agreement on a possible participation of Spain in the “Belt and Road initiative”, and prefers to work with European partners on the implementation of the Europe-Asia Connectivity Strategy unveiled by Frederica Mogherini, the High Representative of the Union for Foreign Affairs and Security Policy, in September 2018.

If there is no formal agreement, Spain remains a key stop for the BRI, thanks to the ports of Valencia, Bilbao and Barcelona in which COSCO has invested, and also Algeciras, that has developed its own strategy regarding the “Belt and Road Initiative”.

Spanish companies are interested in the BRI; a possible high commission for “the Belt and Road initiative” (Alto Comisionado para la Iniciativa de la Franja y la Ruta) which would reflect on Spain’s participation in this project, may soon be launched.

It is important for Europe to have a common position on this issue to really strengthen relations with China while protecting its interests, but it is also necessary for the EU to officially join in the BRI to assert its voice in this project and work with China on this unprecedented program.