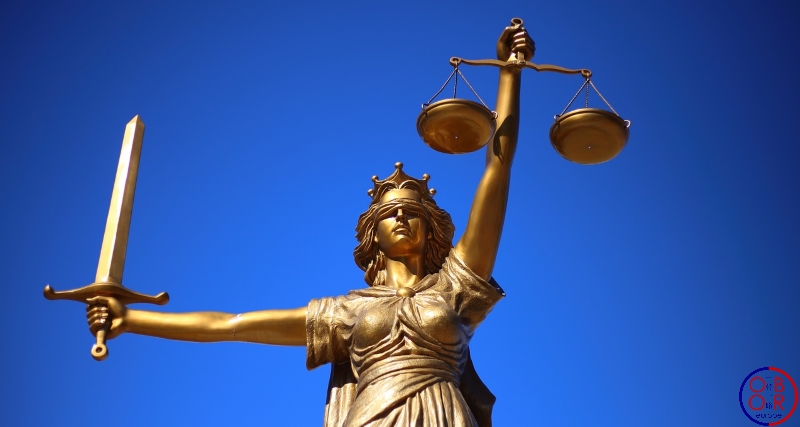 In late January 2018, China announced the forthcoming creation of commercial courts dedicated to the “Belt and Road” initiative by the Supreme Court. This new judicial institution would consist of three courts. The headquarters would be located in Beijing. Court in Xian would settle commercial disputes over the new Continental Silk Roads; and in Shenzhen, the court would focus on the various issues related to the sea routes.

The development of investment and trade along the new Silk Roads has inevitably led to more disputes between partners. In 2016, cases of trade disputes involving a foreign party increased by nearly 10% in China.

A commercial court project for the “Belt and Road” initiative was already discussed in September 2017 at a conference organized by the Chinese Supreme Court.

In 2015, Chinese judicial authorities turned their attention to the issue of resolving trade disputes along the new Silk Roads, and encouraged Chinese courts to apply the principle of reciprocity of recognition of court judgments with the states of  the “Belt and Road” initiative. This policy was followed in September 2017 by a major decision taken by Beijing to sign the Hague Convention on Convention on Choice-of-Court Agreements which allows the recognition of certain court decisions in  signatory countries. For the moment, only the EU, Mexico and Singapore have ratified this convention.

For Beijing, the issue of settling commercial disputes along the new Silk Roads has become a priority. China hopes to become a great judicial power, but this leadership can only be achieved by multiplying cooperation agreements with the rest of the world.

These Chinese commercial courts would be based on similar courts in Dubai and Singapore.

The Dubai International Financial Center (DIFC) is one of the leading commercial dispute resolution centers in the world, especially for disputes  in the Middle East and Africa.

Since 2016, the Shanghai High Court and DIFC have developed some cooperation partnerships.

But the Chinese Supreme Court is mainly interested in the Singapore International Commercial Court (SICC). This court, established only three years ago, has become a reference in the settlement of international trade disputes. The Chinese Supreme Court and the SICC signed agreements in August 2017, related to mutual recognition and enforcement of judgments and judicial training.

The DIFC and the SICC both make their judgments following the “common law”, but unlike the international arbitration courts, they are under the jurisdiction of a national jurisdiction, respectively Dubai’s and Singapore’s. Arbitration tribunals operate under the New York Convention on the Enforcement of Foreign Arbitral Awards.

The success of DIFC and SICC stems largely from their strong political independence, and their ability to appeal to international judges. For example, US, Canadian, English, French, Austrian, Japanese and Australian judges have been appointed to the SICC.

The new Chinese courts will have to offer this same international openness to convince all parties.

The Chinese forthcoming courts have been criticized by some foreign observers who are doubtful about the independence of these courts and possible advantages given to Chinese parties over foreign litigants.

In 2012, China and ASEAN signed “Agreement on Dispute Settlement Mechanism of the Framework Agreement on Comprehensive Economic Cooperation”. The New BRI courts may challenge this previous agreement and create disequilibrium between China and BRI states. These ones may be afraid that the new courts undermine their sovereignty and favor China’s big companies.

Supporting both Chinese and foreign SMEs.

Although  the creation of these commercial courts is considered a threat for some international observers, these courts would make possible to better secure the exchanges between companies involved in the “Belt and Road” initiative; these courts would also  encourage the participation of smaller in this BRI. These dedicated tribunals will reassure SMEs in the defense of their interests. If arbitration tribunals can provide a viable solution for disputes between large groups. Their complexity, the use of the “common law”, can put off some Chinese SMEs and dissuade them to compete over  BRI projects. Furthermore, these courts may be able to speed up the settlement of disputes between parties in order not to freeze important projects of the “Belt and Road” initiative.

The creation of business courts dedicated to the Belt and Road initiative would allow all companies, large and small, to respect the same laws, and would prevent conflicts between different parties. These courts could also act as a deterrent to potential corruption cases related to major infrastructure and construction projects.

The success of “Belt and Road” projects will largely depend on the ability of Chinese commercial courts to  resolve disputes between Chinese and foreign parties.

Courts set up by Beijing will have to be independent of any outside influence, and should not work only for Chinese companies’ interests;, but apply identical rules to all parties.

One of the BRI’s main tasks will be to offer mediation  to find some compromises among parties.

Which positions to adopt for the European Union?

Europe must act without further delay to adapt to the arrival of these new courts.

Firstly, existing European arbitration tribunals, for example the International Court of Arbitration in Paris , must offer new services to promote their arbitration services and to support companies involved in Belt and Road projects “.

The various European judicial institutions have an interest in sharing their expertise with the Chinese Supreme Court in the establishment of these three new commercial law courts, so that the European approach and interests are taken into account by the BRI courts. European institutions should seek to develop cooperation agreements with China in the justice sector.

Finally, European law schools have to look closely to  the creation of these new courts, and thus train the lawyers that will then defend the interests of European companies in BRI commercial disputes.

2 thoughts on “New Courts for the Belt and Road Initiative”