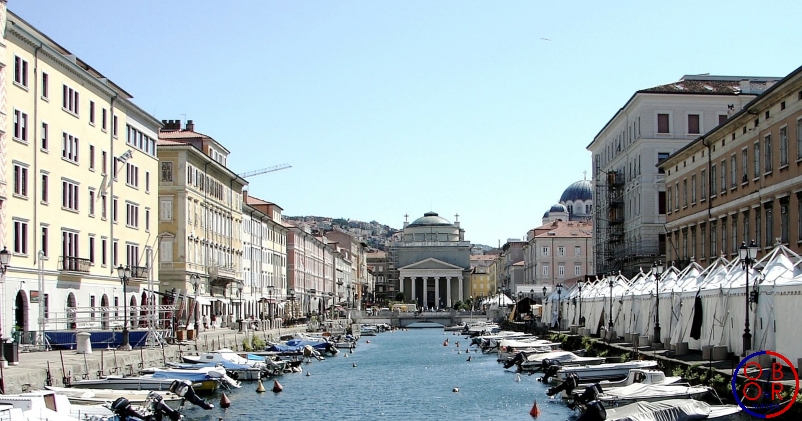 The city of Trieste in Italy aims to become a major maritime hub in Europe. On March 26, 2018, an article in “La Repubblica” called Trieste a possible terminus of the new Silk Road.

This port in the north-east of Italy is undergoing a profound transformation.

The port of Trieste could become an alternative to the port of Venice and act as an exchange platform. In the early  18th century, Trieste became a major port in the Mediterranean when the Austrian Emperor Charles VI made the city a free port. Trieste then became Austria-Hungary’s main maritime gateway. In the second half of the 20th century and according to the Paris Treaty of 1947, Trieste retained its free port status. But the cold war limited its development.

The port of Trieste enjoyed a strong growth of its container traffic in 2017 (more than 20% of TEU). Chinese companies have been interested for several years in the port of Trieste and its strategic position towards the markets of Central Europe and Germany. But they are not the only ones, Russians, Americans are also ready to invest in Trieste.

This dynamism is due in part to the mayor of Trieste Roberto Dipiazza, in office since 2016, who is stepping up initiatives to attract investors and “dust off” his city, but this is also the result of better management by port authorities who have  put an end to bad practices.

The new Silk Roads project supports the dynamism of Trieste which has all the assets in hand to once again become one of the leading shipping centers in Europe.

For Trieste and the north-east of Italy, the BRI is not seen as a threat, but as an opportunity to revive the past greatness of this city.

Trade opportunities created by the BRI should be better taken into account in local development policies in Europe and in other regions of the world. The new  Silk roads can participate in the awakening of certain territories.