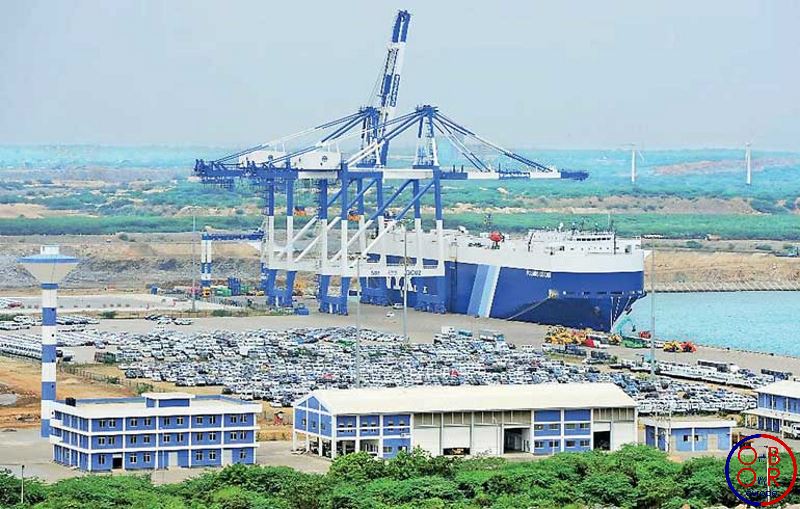 On 9 December 2017, Sri Lanka granted a 99-year concession over the commercial activities of the port of Hambantota to the Chinese company “China Merchants”. This acquisition is a new step in the development of the “Belt and Road” initiative. With this operation, Sri Lanka reduces its sovereign debt and becomes more attractive to foreign investors.

This operation will enable Sri Lanka to lighten some of its debt from Chinese companies, which amounts to nearly $ 6 billion.

In exchange for this concession, the Sri Lankan government will receive $ 1.12 billion from the China Merchants group. The Chinese group has already paid $ 292 million. Another transaction of approximately $ 100 million will be made in early January 2018, and a final payment of $ 585 million will be made during the first half of 2018. “China Merchants” will then own 70% of the commercial port of Hambantota.

This agreement has troubled some observers who fear a loss of national sovereignty; however, this operation can also be seen as a great opportunity for Sri Lanka to integrate global maritime trade. Hambantota’s new port was built in 2010 with a loan from China Ex-Im Bank, but the port failed to gain attraction from investors.

Thanks to this operation, the port of Hambantota will benefit from the expertise and network of the China Merchants Port Holdings group which operates many ports in China (Qingdao, Dalian, Shenzhen, Hong Kong …) and in the rest of the world (Djibouti, Lome …).

China’s interest in this port encourages other regional powers to invest in the region. An Indian group has announced its intention to buy Hambantota airport, which was also built with Chinese capital. This airport, built in 2013, has long been criticized and described as a white elephant because it did not meet any local demand, and therefore its traffic is very low. However, the development of the port of Hambantota could boost actvities in Southern Sri Lanka.

In November 2017, China and Sri Lanka inaugurated an industrial park in Hambantota, in the Ruhunu Special Zone. The development of this park (Sri Lanka – China Logistics and Industrial Zone), of  about 500 hectares, will certainly create activity at the port of Hambantota. Chinese companies are expected to invest nearly $ 5 billion over the next three years. The Sri Lankan government has stated that it wants to attract businesses in the agricultural , mining and shipbuilding sectors in priority, and hopes to create many jobs in the region.

What place for Europe?

If China invests heavily in the port of Hambantota and its industrial park, other states could also benefit from this operation. Infrastructure development in the south of Sri Lanka could create new opportunities for foreign investors.

The European Union was in 2016, Sri Lanka’s first trading partner, just ahead of China. But trade between the European Union and Sri Lanka is imbalanced: Brussels has a trade deficit of nearly 1.2 billion euros with Colombo.

The development of Hambantota port could strengthen Sri Lanka’s weight in world trade. Thanks to Chinese investments, this port is to become one of the major stops between Europe and China.