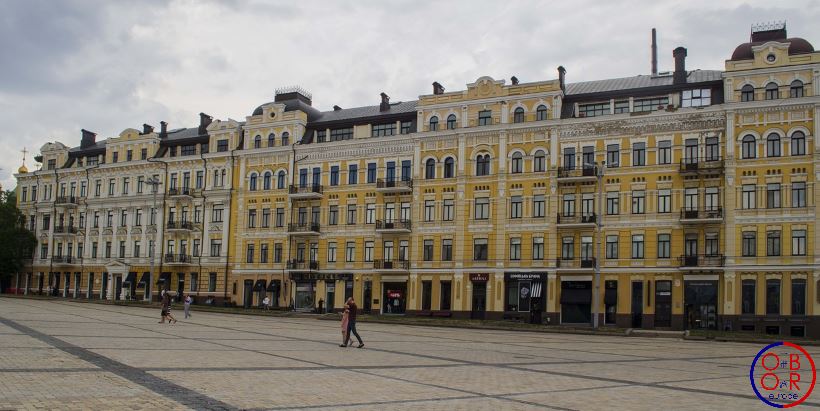 In early December 2017, Kiev and Beijing signed a joint action plan to develop the new Silk Roads, Ukraine officially joined the “Belt and Road” initiative. Chinese Vice Prime Minister Ma Kai and Ukrainian Prime Minister Volodymyr Groysman have signed cooperation agreements in agriculture, energy, culture and education. Both countries hope to increase their trade. The integration of Ukraine into the new Silk Roads is a chance for this country to continue its program of transport modernization.

Kiev launched this year a program to modernize its road, port and airport infrastructure. By 2018, this program must also include the railway sector.

Government sources estimate that the modernization of Ukrainian infrastructure requires nearly 30 billion euros. The realization of this plan will go through the partial privatization of several infrastructures. The Ukrainian government therefore hopes that foreign investors will respond to this initiative.

The Sino-Ukrainian agreement on the new Silk Roads could encourage Chinese companies to participate  in the modernization of Ukrainian transport and invest in new infrastructure.

Other investors, particularly European investors, such as French Alstom, have announced they would be interested in this program.

Ukraine’s participation in the “Belt and Road” initiative could favor a reconciliation between Kiev and Moscow. The two countries are facing a serious crisis since 2014 that the mediation of the United States and the European Union has not resolved. The completion of the new Silk Roads will require good relations between all participants. Chinese investments in Ukraine and Russia may encourage the two countries to overcome their differences, and seek to increase their trade to make the new infrastructure of the “Belt and Road” initiative profitable. By promoting trade along the new Silk Roads, the Chinese initiative could facilitate the appeasement of relations between Russia and Ukraine. Both states have an interest in finding a peaceful solution to be fully integrated into the “Belt and Road” initiative. One can also think that China will bring all its weight to bear in easing  exchanges between Ukraine and Russia in order to secure  future Chinese investments in the region. The lack of stability would baffle possible Chinese investors in Ukraine, but also in southern Russia.

For a more efficient Ukraine

The development of transport infrastructure will not be enough for Ukraine to hope to become a major trade hub between the European Union, Russia and China. Kiev will also need to continue to fight corruption in order  to attract and appease investors.

Ukraine will also have to continue modernizing its entire energy sector to make its industries more energy efficient, and therefore more competitive. This modernization could attract new Chinese and foreign investors.

Integration within the Belt and Road initiative will enable Ukraine to continue its reforms and better integrate into global trade flows by taking advantage of possible Chinese investments and support from multilateral development banks and other financial institutions.

The BRI and the modernization of infrastructure in Ukraine
Tagged on: Belt and Road    China    Ma Kai    OBOR    Silk Road    Ukraine    Volodymyr Groysman