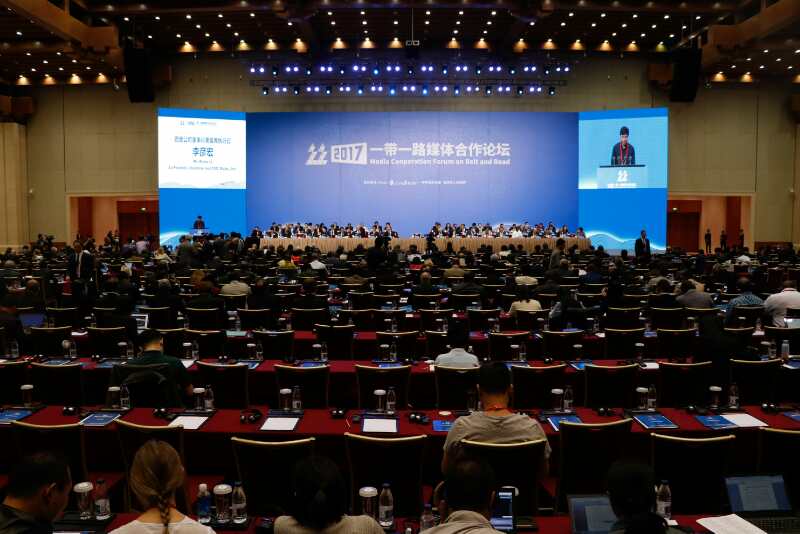 On September 19, 2017, 300 media from 127 countries attended the Belt and Road Media Forum in Dunhuang, in China’s Gansu province.

During the event, Yang Zhenwu, president of People’s Daily announced the launch of an international cooperation center for Chinese and foreign media.

Other measures were disclosed. A research center dedicated to the “Belt and Road” will soon be inaugurated, as well as a cultural information center of the new Silk roads. New mechanisms will also be put in place to promote exchanges between the BRI media.

This cooperation will allow the Chinese media to increase their visibility to the international audience.

It is important for the European media to participate in this initiative in order to have easier access to information on the Belt and Road, and to highlight the European companies involved in the new Silk Roads to the Chinese audience.

To be credible, the Chinese and foreign media should not conceal issues that could be caused by certain projects related to the BRI. Their task will be to cover all events related to the new Silk Roads, they will thus make the link between locals  and decision makers.

Media will also have  to introduce all the peoples and cultures of the new Silk Roads so that Chinese, Asian and European audiences know more about each other and understand BRI projects. This access to BRI information may encourage European and Chinese companies and entreprenurs to multiply their projects in both regions.