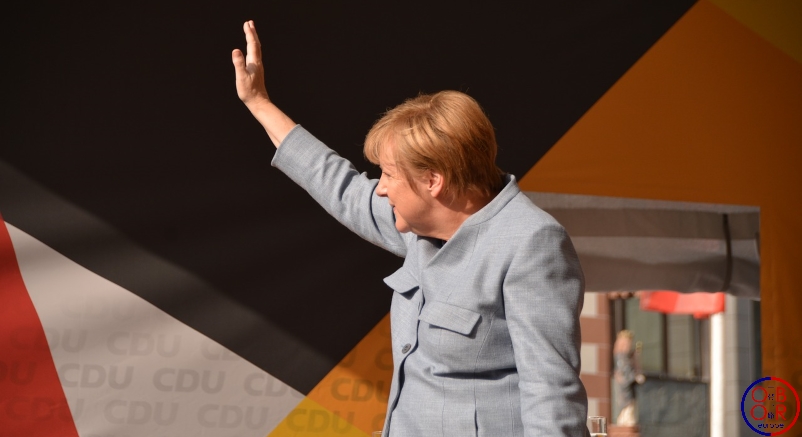 Angela Merkel traveled to China for a state visit on May 24-25, 2018. The German Chancellor met with President Xi JInping and spoke with Premier Li Keqiang. This is the eleventh time that Angela Markel goes to China. Sino-German relations have greatly strengthened since German Chancellor’s first term. The two states share today the same concerns about US position on Iran Nuclear deal and the protectionist measures adopted by Donald Trump. China and Germany are both major exporting powers that defend free trade. Unlike the US president, the German Chancellor favors dialogue  to solve these issues, and hopes for an even greater opening of the Chinese market by intensifying negotiations with Beijing.

Germany and China have also chosen to bet on innovation for their future development through German “Industry 4.0” and the Chinese “Made in China 2025” strategies. Beijing and Berlin could intensify their technological cooperation, particularly in the fields of driverless cars and artificial intelligence. For her last day in China, Angela Merkel has chosen to inaugurate an innovation center in Shenzhen, one of the main innovation hubs in China.

Furthermore, Xi Jinping and Angela Merkel are committed to continue cooperation between their two countries at all levels to conclude a win-win partnership between China and the European Union. Berlin is still the European leader, and Chinese authorities know that Angela Merkel’s support is the first condition for deepening Sino-European relations. The Chinese president reiterated his support for a strong European Union, which would work jointly with China for world stability.

Finally, many German companies are interested in the “Belt and Road” initiative, and German leaders are calling on China to open BRI projects to European companies, which the Chinese authorities seem to approve. While Germany and Europe have expressed some reservations about the Belt and Road initiative, they support the concept of the BRI, and hope to continue developing balanced relations with China.

But exchanges between China, Germany and the European Union must not only be about trade but also about culture and people-to-people in order to create lasting relations between the two regions.