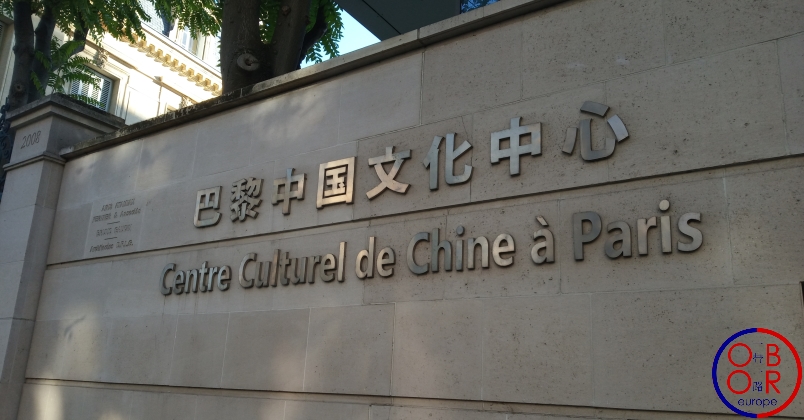 On October 11, 2018, former French Prime Minister Jean-Pierre Raffarin, a highly respected figure of  French-Chinese relations, – he represented France at the opening ceremony of the “Belt and Road” forum for international cooperation at Beijing in May 2017.-, was the guest speaker of France’s Superior Council of Notaries (Conseil Supérieur du Notariat) for a conference entitled “The New Silk Roads, the New Roads of Law”, which took place at China Paris Cultural Center.

Jean-Pierre Raffarin congratulated the Superior Council of Notaries for its activities in China including the Sino-French Legal Center in Shanghai, created in 2001.

While some Europeans are worried about the BRI, the former French prime minister urged the audience not to be afraid of the new Silk Roads and stated that on the contrary, Europe needed to take up the challenge.

For Jean-Pierre Raffarin, French stakeholders must make proposals to strengthen cooperation with China. Sino-European collaborations are generally successful as evidenced by the creation of an Airbus factory in Tianjin. Jean-Pierre Raffarin assured the audience that China was interested in French experience and expertise in many areas such as the legal sector.

Jean-Pierre Raffarin also invited the audience to develop Sino-French partnerships in other countries, and mentioned  the agreement between EDF and CGN (China General Nuclear) for the construction of the Hinkley Point nuclear plant in the UK. The realization of the new Silk Roads is an opportunity to develop similar partnerships in the construction of infrastructure but also in other sectors. Jean-Pierre Raffarin stressed the importance of a possible cooperation between France, Europe and China on artificial intelligence, a sector that China dominates.

The former French prime minister also urged France and Europeans not to automatically align with US positions on China, Russia and even Iran, but to develop their own dialogue policy to better protect thier interests. He also urged Europeans to make their voices heard so as not to be the “big losers” when the United States and China put an end to their commercial differences.

Jean-Pierre Raffarin stated that the BRI  was a structuring project, a priority for China and that France and Europe had to take into account this new reality and become Beijing’s main partners for this new world project.