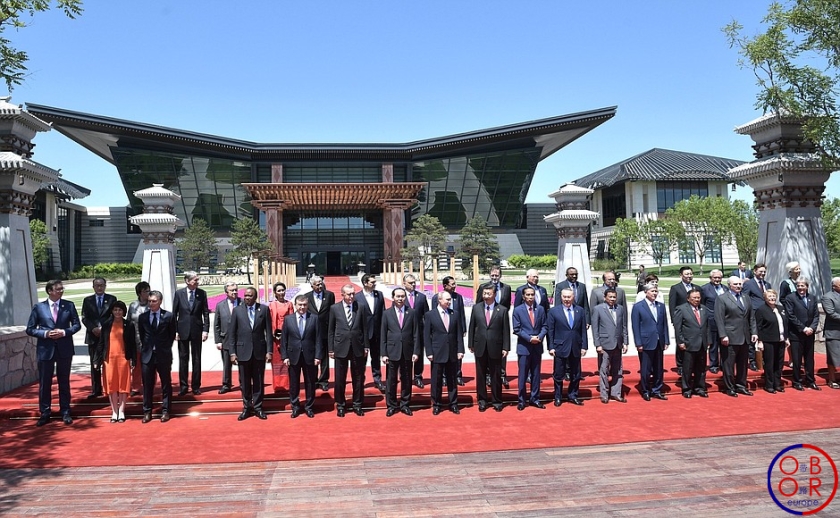 On May 14 and 15, 2017, the first “Belt and Road forum for international cooperation” was held in Beijing.

At this summit, the present leaders reaffirmed their will to promote free trade and to combat protectionism.

This forum is the first step in making the Belt and Road initiative truly an international program, not just a Chinese one. The success of this meeting proves the interest shown by the entire international community for the OBOR.

More resources for the BRI

President Xi Jinping promised that China would make an extra effort to develop further OBOR projects by adding RMB 100 billion to the Silk Road Fund and granting loans of RMB 380 billion through the Bank Chinese development.

On the other hand, China has pledged to contribute60 billion RMB to humanitarian programs along the new silk roads, especially in the sectors of health and housing.

The “Belt and Road” project, which had previously mainly consisted in the creation of new infrastructures, notably in transport and energy, will also adopt a strong emphasis on innovation President Xi Jinping called the various delegations to develop together the economy of tomorrow by cooperating in the fields of artificial intelligence or nanotechnology.

President Xi Jingping insisted that the OBOR is not a competitor to other regional development instruments; this initiative should, on the contrary,  be considered as a new tool to increase international cooperation in order to reduce poverty, develop trade and ensure world stability.

A second “Belt and Road” forum is expected to be held in 2019, the entire international community will be able to comment on the first achievements of this program.