In early March 2017, Ms. Fu Ying, spokesperson for the 5th annual session of the 12th National People’s Congress of China, encouraged India to integrate the OBOR initiative. But until now India has shown reluctance to this proposal.

a) OBOR and the Kashmir issue

The main obstacle to India’s participation in the OBOR project is the Kashmir issue. For India’s foreign secretary Jaishankar, India cannot accept the fact that the China-Pakistan Economic Corridor, a project supported by the Belt and Road initiative, passes through Kashmir, a region claimed by India. For New Delhi, this project goes against its sovereignty. The Kashmir region has been totally or partially contested between India, Pakistan and China for seventy years. India and Pakistan clashed three times for the conquest of Kashmir in 1947, 1965 and 1999. No solution has been found so far. Since then, relations between India and Pakistan remain fragile. Furthermore, China is considered a very close ally of Pakistan, and Sino-Indian relations are undermined by the issue of border disputes. Despite these tensions, China and India have good trade relations. Trade between them amounted to $ 70 billion in 2015. China and India, both members of the BRICS, regularly exchange views on world economy. Both states aspire to become major global powers, but they need settle their disputes. 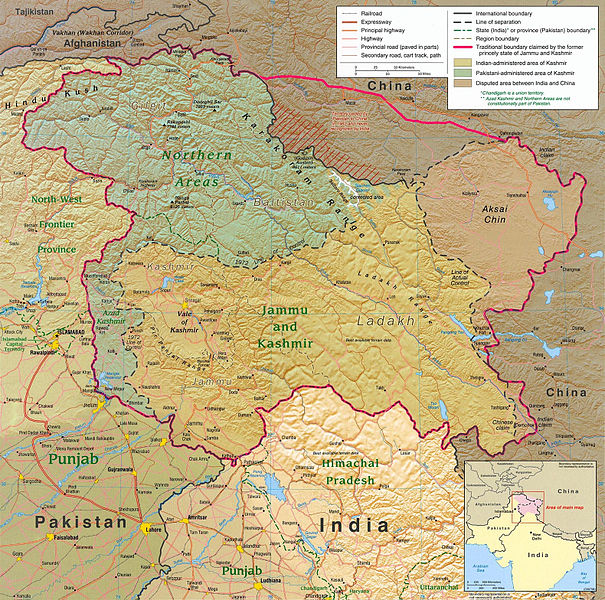 The OBOR project could serve as a vehicle for cooperation and stabilization between India, Pakistan and China. The OBOR could lead to the development of joint projects that would allow more cooperation between the three countries on specific development issues. Kashmir is a strategic region, especially regarding water resources. Water management could become a major focus of the OBOR initiative. The opening up of the Himalayan arch regions could be another objective of the OBOR on which India, China and Pakistan could reach an agreement.

b) Europe and the accession of India to the OBOR

India’s participation in the OBOR could be an opportunity for European companies. The European Union is now India’s second largest trading partner after the Gulf Cooperation Council member states; and India is the EU’s ninth trading partner. Negotiations for a free trade agreement between the two regions initiated in 2007 were halted in 2013.

India’s accession to the OBOR could improve the country’s overall infrastructure. For Indian Finance Minister Arun Jaitley improving infrastructure is a matter of priorty: all villages must be connected. According to the 2017 draft budget, the rail transport sector (passengers and freight) will be modernized. The budget also includes the construction of 10 million affordable housing units for 2019; this will will also require investment in energy, urban transportation, water services …. In June 2016, Arun Jaitley called on Chinese entrepreneurs to invest in Indian infrastructure. European companies could also benefit from this policy and find new opportunities in India. By joining the OBOR, India could modernize its infrastructures more quickly; this OBOR will also lead to a better integration of Indian infrastructure in  the regional environment, which would encourage exchanges with China but also with Europe, including possible rail connections linking India to Europe.

Moreover, the “One Belt One Road” initiative also aims to facilitate commercial procedures. By joining the new Silk Road, India and its growing market (7.6% growth rate in 2015) would become even more attractive to Europeans.