Last March, OBOReurope interviewed Charles Stevens, the founder of the New Silk Road Project who planned to drive on the new Silk Roads from the United Kingdom to China, to better understand China’s Belt and Road Initiative.

Charles Stevens and his friends are now back in London after completing this incredible journey this summer.

These young Englishmen followed the roads and rails that led them to China via the Netherlands, Germany, Poland, Hungary, Serbia, Macedonia, Greece, Turkey, Georgia, Azerbaijan, Kazakhstan and Kyrgyzstan. In early August, they arrived in Yiwu, in Zhejiang Province, a city renowned for its wholesale markets and home to one of the main Trans Eurasia railway terminals. Everywhere, they saw the effervescence that this project has created.

In each country, they visited BRI related sites and met leaders involved in the realization of this Europe and Asia route.

They were able to visit the main hubs of this new Silk Road. In Europe, after meeting with officials of the Port of Rotterdam, one of the main gateways for Chinese goods to Europe, they drove to Małaszewicze on the border between Poland and Belarus. The construction of the new Silk Roads is seen as an opportunity for this Polish region. It is from this station that trains from China are then dispatched throughout the European Union, after containers have been transferred to new trains because of  different rail gauges between Belarus and Poland.

In Greece, Charles Stevens and his friends went to the port of Piraeus, which became one of the main ports for sea traffic from China in the eastern Mediterranean Sea. The Chinese company COSCO became in 2016 the main shareholder of the port of Piraeus, and plans to further develop this port in the coming years.

Charles Stevens and his companions also traveled to the border between China and Kazakhstan, at the dry port of Khorgos. This new railway hub managed by COSCO and DP World is at the center of the rail transport development plan between Asia and Europe. Kazakhstan relies heavily on this project to ensure its development. 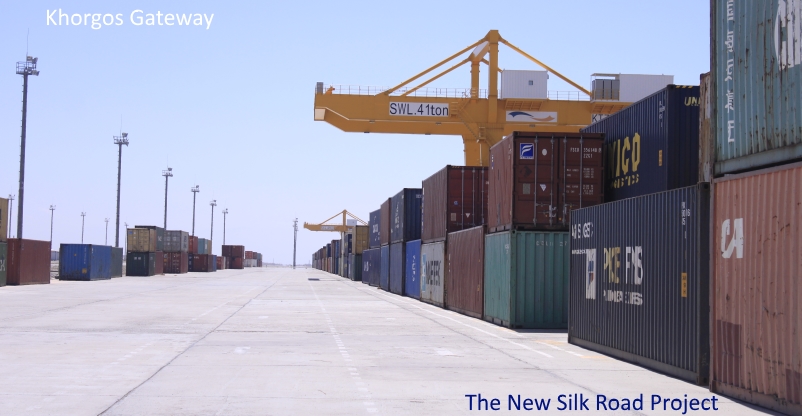 At each stage of their journey, they noticed local officials’ interest in this project and the important dimension that the new Silk Roads have taken in national development strategies, especially in Baku, the capital of Azerbaijan. This Caucasian country sees with great interest the creation of a new corridor linking Central Asia to Europe. 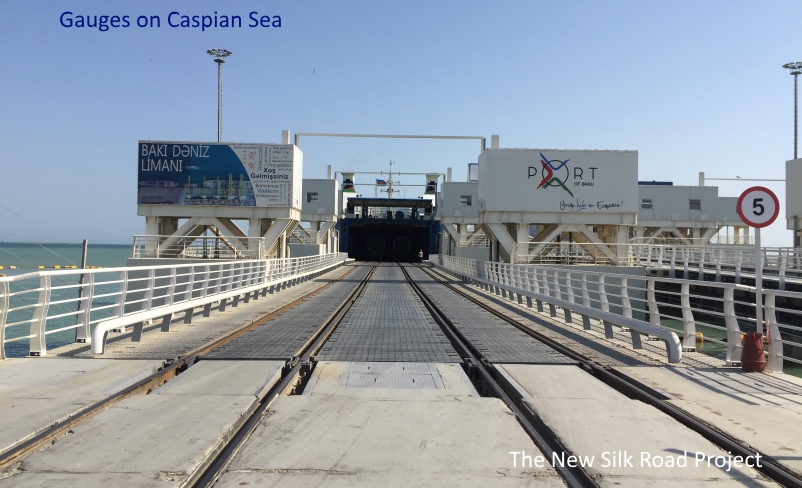 Despite the promotion of various corridors, crossing Russia or Azerbaijan, Charles Stevens did not note any competition at this stage between the different sites of the BRI. Because of the importance of trade between China, Central Asia and Europe, there is still room for all projects, which are rather complementary than competitors. There is even more cooperation between the different states to develop corridors, for example between Georgia, Azerbaijan and Kazakhstan.

There are, of course, some fears about the BRI, the increasing Chinese presence and the fact that the “Belt and Road Initiative” remains relatively unclear for many local officials. Beijing will have to be more informative about the BRI in order to make this initiative successful. Most interviewees were convinced that we are at the very early stage of the BRI and that it would take several years for this project to be completed. They also noted that this initiative would have major economic and political consequences for their country. China becomes a privileged partner for all states along the new Silk Roads.

Another important point raised by Charles Stevens is that BRI hubs seek to attract mainly Chinese companies and investors. Foreign and especially European companies are not very present on these new routes outside of Europe except for some leading logistics groups like DHL. It is necessary that non-Chinese companies are also involved in this initiative. 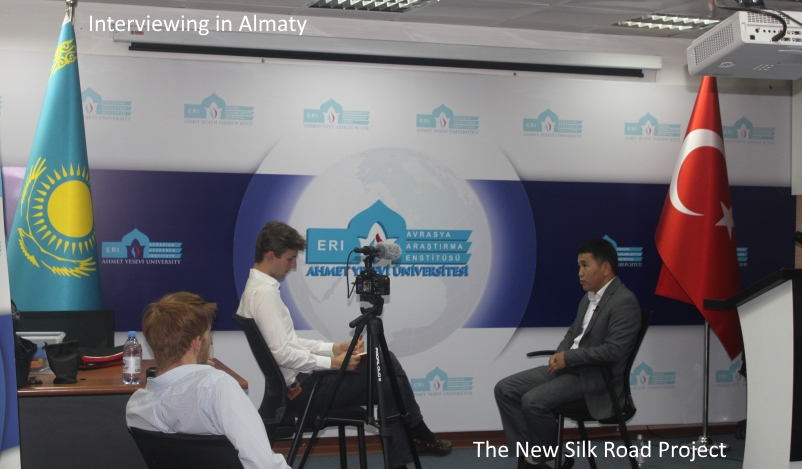 Charles Stevens traveled with Tom Micklethwait (Georgetown University), Rob Krawczyk (Oxford University) and Will Chamberlain (St Andrews University). Charles Stevens made the entire trip with Tom Micklethwait. Rob Krawczyk joined them in Georgia till the end and Will joined them in Greece till Baku in Azerbaijan. Wade Shepard (the Forbes and Guardian writer on the New Silk Roads) was to be their travelmate but had to pull out last minute.

The New Silk Road Project team led by Charles Stevens posed many questions to BRI hubs officials met during this trip. Charles Stevens and his companions asked them in particular which word and image best symbolized the BRI, and the majority of respondents answered “connectivity” and the image of a “train” connecting Asia to Europe. Of course, the New Silk Road Project team mostly interviewed logistics managers, but the image of the train remains a strong symbol. 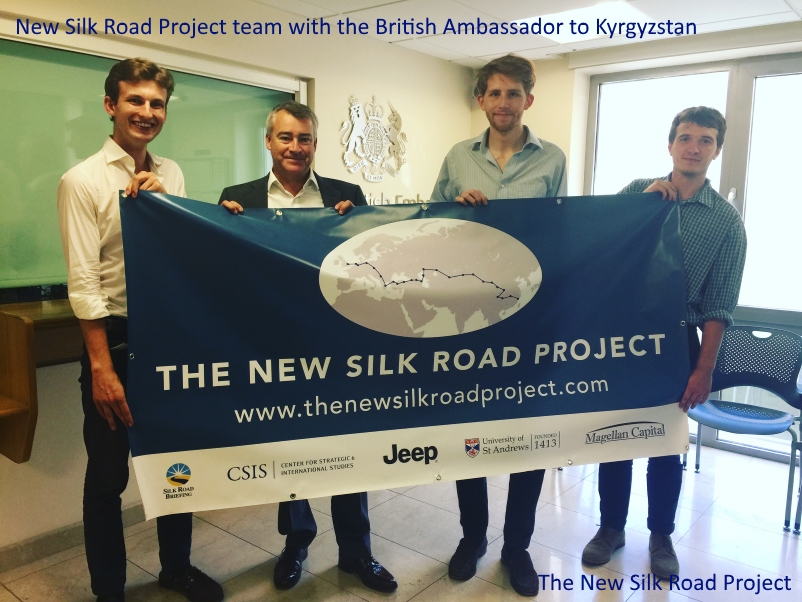 After having accomplished their goal, Charles Stevens and his fellow travelers will visit leading American universities and think tanks including the Center for Strategic and International Studies in Washington DC, which has supported their project (other sponsors include Jeep, the Silk Road Briefing, Magellan Capital and the University of Saint Andrews); they will present their research and reflections about the new Silk Roads and continue to build up their interview series. A full report of their journey is currently under prepararion. It is quite certain that other projects will be conducted on the new Silk roads, as the “Belt and Road Initiative” is still in its infancy. Charles Stevens told us that he was going to continue to study this fascinating topic and thus strengthen exchanges between Europe and China.